The Island of Terror 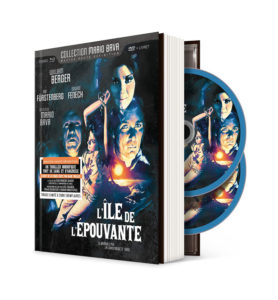 For a weekend, an industrialist invites several business associates to a Mediterranean island, including a brilliant scientist. The stay should only be devoted to relaxation, but business quickly takes over, everyone trying to be the first to sign a contract with the researcher. The weekend turns into a nightmare when the guests are murdered one after the other. And the killer is bound to be one of them… 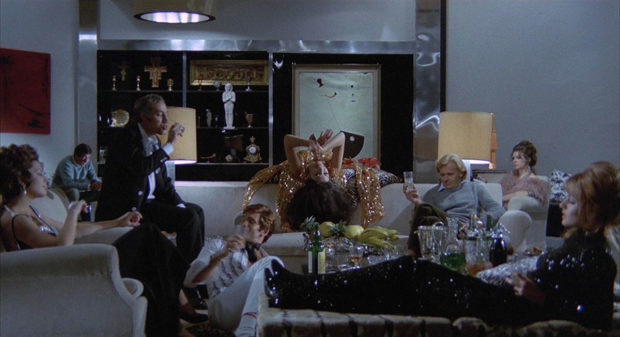 2022, Bava year? In any case, French video publishers seem to have given themselves the word this year, since alongside the release of three films by Lamberto Bava (The House of Terror and the diptych demons / Demons 2), the career of the great Mario Bava is once again placed in the spotlight. After The Mask of the Demon, The girl who knew too much and Caltiki – The immortal monsterwhich have just been released on Blu-ray, Sidonis Calysta invites us on May 26 to rediscover three other Mario Bava films: The vampires (1957), The Island of Terror (1970) and rabid dogs (1974). 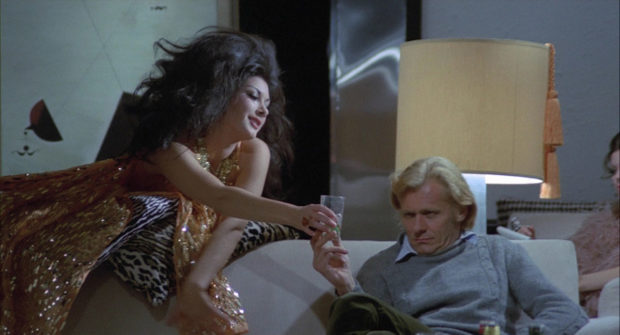 Whodunit drawing on the absurd, gently having fun with the codes of Giallo nascent, The Island of Terror has sometimes been considered, in the past, as a minor work of Mario Bava. The rediscovery of the film in DVD format some twenty years ago, however, largely contributed to rehabilitating the film, which is today almost unanimously recognized as a “draft” of The Bloody Bayand above all as a very astonishing aesthetic manifesto established by Mario Bava, regularly tending towards abstraction and going beyond any too rigid definition of the genre. 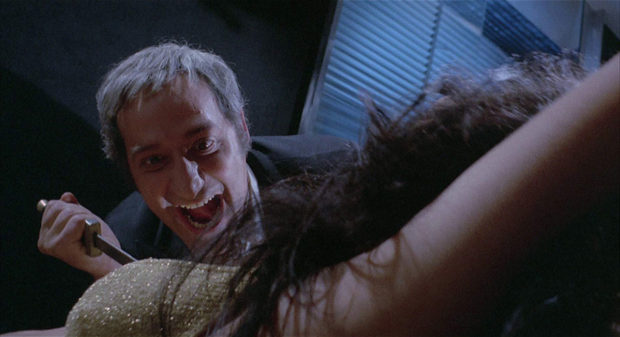 Thus, reviewing today The Island of Terror in High Definition and with more than fifty years of hindsight finally allows the film to reappear in all its extraordinary strength: disorienting and amazing, hypnotic, even abstract and almost experimental. Conceived as a classic whodunit, inspired by Agatha Christie’s “Ten Little Negroes”, the film will be literally transfigured by a dazzling staging, which will not only impose itself as a character in its own right in the story, but well and truly as the main character, coupled with a sublime means used by Mario Bava to advance the narrative through a series of complex and fascinating visual stratifications. 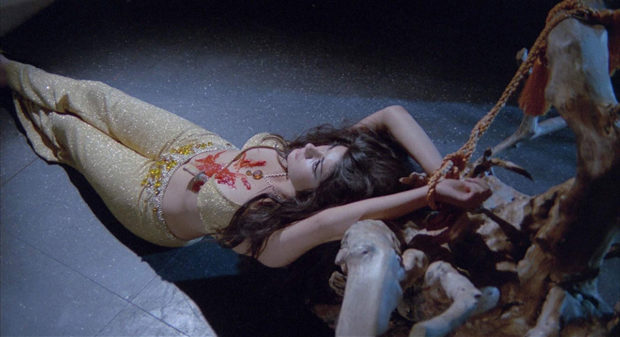 We will even go further, advancing than with The Island of TerrorMario Bava offers us almost a stylistic revolution as far-reaching as that initiated by Sergio Leone when, a few years earlier, he set out to reinterpret and update the western. The Island of Terrorit is therefore above all a question of style, and Mario Bava offers us here a real upheaval of all the codes then in force in the field of thriller and whodunit, while embellishing his show with beautiful pieces of black comedy, quasi-experimental and authorizing cinema or anti-capitalist satire. 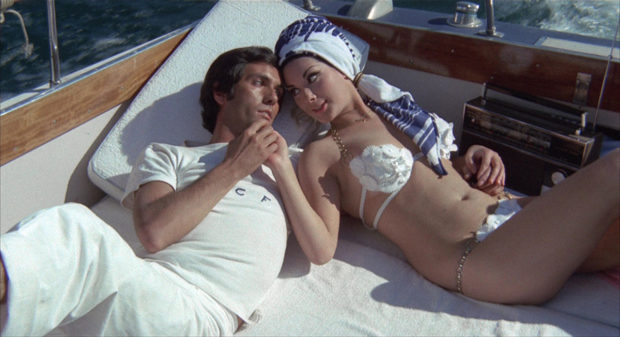 The story of The Island of Terror is therefore extremely simple: ten characters find themselves in a huge villa on a desert island. One of them is a scientist who has just invented a new synthetic resin, coveted by the owner of the villa, a wealthy industrialist, as well as by his friends, who are also interested in the formula of said resin. But while the manipulations are going well to try to convince the scientist to give up his invention, the guests of the villa will inexplicably begin to die one after the other… 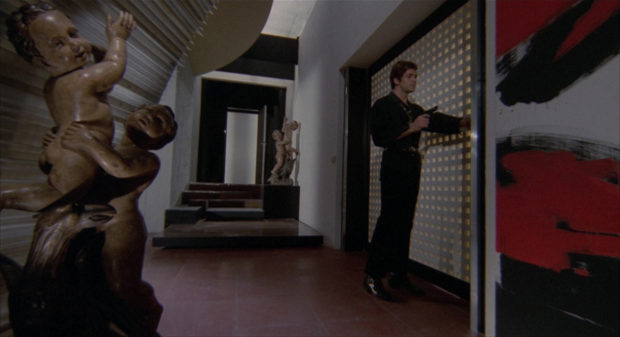 One could argue that Bava doesn’t care about her story, but that’s not quite the case. Everything is actually articulated in an extremely coherent way, around a formula coveted by everyone in the manner of a classic Hitchcockian MacGuffin, but which also functions as a revealer of the cynicism of the various characters in the story. But in The Island of Terrorthis quest for the MacGuffin becomes a stylistic pop game where the ultra-modern villa, the primary colors, the furniture or even the clothes of the female characters help to describe a world where nothing seems more real, and where women become “dolls”. “, simple consumer objects whose bodies will end up resting in the middle of meat carcasses in the cold room, locked in a shroud of transparent plastic and suspended from cables making them swing like puppets. 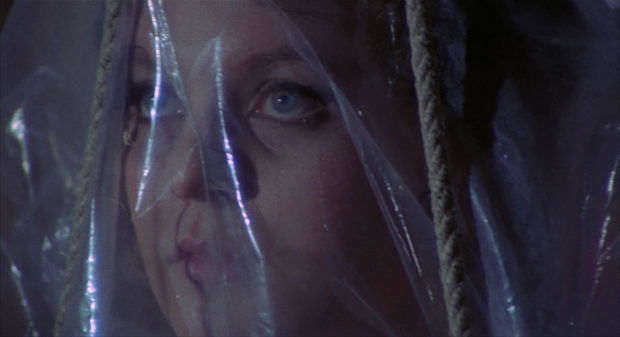 The Island of Terror therefore offers us a game with bodies interchangeable with objects, and of course, the camera itself ends up being part of the discourse. Zoom-ins and zoom-outs aplenty, vertiginous tracking shots, games of perspective… Everything is designed by Bava to make his film a sadistic merry-go-round, coupled with a sublime exercise in style. 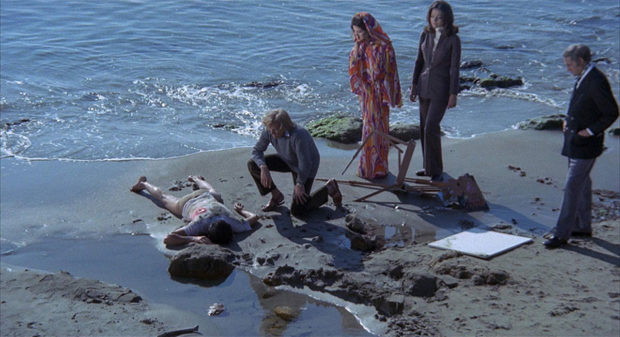 Started only a few weeks ago, the “Mario Bava Collection” from Sidonis Calysta today has several titles that are literally essential for all lovers of genre cinema. As usual presented in a superb Combo Blu-ray + DVD + 24-page booklet (still written by Marc Toullec), this edition of The Island of Terror proves once again that the French publisher is indeed one of the major players in video publishing in France. Moreover, the fact of continuing to feed this rich collection is a clear sign that Sidonis is also determined to provide the consumer with “Collector’s Editions” which are not only flawless from a technical point of view, but which also stand out as “beautiful collector’s items”. 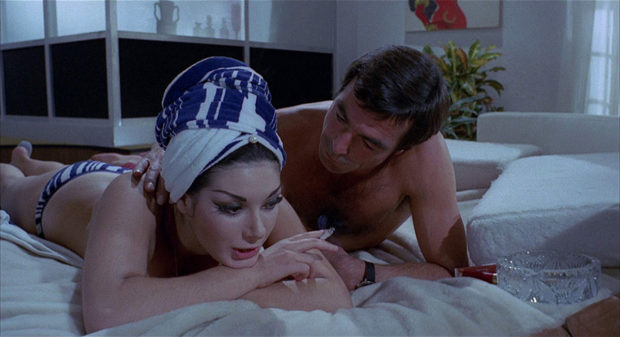 A word of advice: forget your old DVD edition of Mario Bava’s film, and invest urgently in this breathtaking Blu-ray. On the master side, the HD contribution is undeniable: the film regains its colors, its precision, and displays remarkable stability. The contrasts and the level of detail are significantly enhanced, the cinema grain is respected, even if the definition sometimes falters a little on dark sequences or just before effects shots (melts, etc.). In a nutshell, it’s a real pleasure to rediscover The Island of Terror in High-Definition: a marvel. As far as the sound is concerned, we obviously have the choice between the VO and the VF, both offered in DTS-HD Master Audio 2.0 : the French dubbing that we know is obviously respected, even if the dialogues often take precedence over the additional atmospheres. The original version, on the other hand, offers a much finer restitution of atmospheres, music and dialogues. Subtitles do not pose a particular problem. 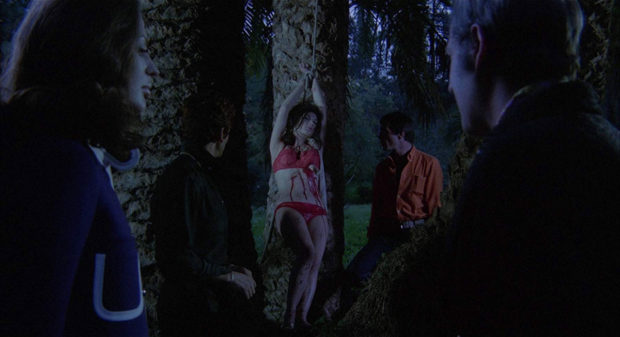 In the supplements section, we will first find a presentation of the film by Alice Laguarda (31 minutes). In a very academic (not to say austere) style, the author of the book “The ultima will handle. The Giallo, a cinema of passions » (Deep Red, 2021) will return to The Island of Terror by first qualifying it as a parodic Giallo. She will then address the questions of distancing, of the simulacrum, and will come back to the many visual effects of the film, with the aim of offering the viewer a certain number of “transversal reading grids”. She will notably discuss the metaphysical aspect of the film. We will then continue with a presentation of the film by Gérald Duchaussoy and Romain Vandestichele (24 minutes), which will approach the film through a much more approachable and exciting prism. They will replace the film in the career of Mario Bava, and will defend the fact that The Island of Terror is the film of the “transition” from the 60s to the 70s. They will also come back to the criticism of the bourgeoisie at the heart of the film, will evoke the inspirations and references, in particular to Fellini, as well as the “cinematic dialogue” that one can stand between Fellini and Bava, who answered each other by interposed films. We will finally end with a presentation of the film by Jean-François Rauger (34 minutes). The director of the Cinémathèque de Paris will therefore also return to The Island of Terror, very underestimated but fortunately rehabilitated, and important to understand the Art of Mario Bava. His remarks are interesting, but a little redundant with the other two presentations if you have watched them just before. Among other things, he will insist on the “pre-Argento” Giallo nature of the film. The traditional trailer will complete the round of supplements! 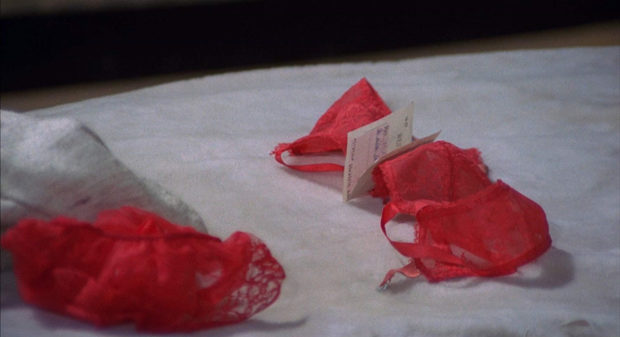